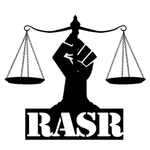 To view Legislation, click on a state on the map.
“Resolutions are good, but unless we have an actual change, those words won’t mean anything.” 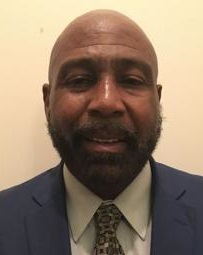 We at RASR recognize that the Palestinian struggle is not simply a matter of foriegn policy, but a decades long liberation struggle against a multi-racial face of white supremacy that forces Palestinian Christians and Muslims into positions of a permanent underclass and captive labor pool.

In turn, Israel continues to train US police forces in brutal methods that are used against Black and Brown and poor American bodies.  They export the most sophisticated surveillance and death technology throughout the world, particularly to pariah nations or entities engaged in human rights violations and even genocide, such as Apartheid South Africa, the Rawandan genocide, the Bosnia genocide, Myanmar genocide, South Sudan, and beyond.

At RASR, we will help draft legislation to bring awareness to and end the systemic and structural racism that Palestinianians are subjected to. We will work with coalitions to demilitarize the police in VA and end training with countries that have a record of human rights abuses. We will also work to maintain Virginians’ right to free speech by combating any effort to criminalize BDS.

There is a vast racial disparity in regards to evictions.  African Americans are evicted at a rate 10x higher than any other racial counterpart in the same eviction and economic status.  Housing complexes and low income apartment neighborhoods are the main targets for evictions; these tend to usually be in neighborhoods with a high concentration on minorities, particularly African Americans.  These predatory practices are one of the biggest factors in the racial disproportion in evictions for African Americans.  This exacerbates an array of other housing and economic issues that negatively affect African Americans disproportionally, including redlining, property value, gentrification, credit, home ownership, and housing security.

We at RASR have and will continue to work on a grassroots activist and a legislative political level to come up with cognitive solutions to the eviction crisis in Virginia.   We have compiled an ample amount of data to properly paint and present the eviction issue within the state.  We have also done first hand work with many people from tenants who are currently facing evictions to working with other organizations and lawyers who are also combatting evictions, as well as legislators and politicians all the way up with meeting with US Congress members who represent the state of Virginia.

We are introducing and supporting legislative changes to amendment the eviction and housing laws and regulations in the state to alleviate the eviction crises.  Particularly including but not limited to writing or supporting VA House and Senate Bills to the Virginia General Assembly to actually create legal changes to improve the eviction rates.   We will track statistical changes in eviction rates within the state to assure there is actual improvement in this area and will continue to hold ourselves and legislators accountable for improving on this matter.

Virginia has a long history of systemic and structural racism in the area of voting rights over its 402 year history as the oldest state legislature in the United States. One of the most racist provisions in the current Virginia constitution is a lifetime disenfranchisement of voting rights of persons with felony convictions unless such voting rights are restored by the Governor. When this provision was put into the 1902 constitution, one of its proponents said that it will keep the “darkies” from voting. Historically, this provision has disenfranchised hundreds of thousands of African American voters in Virginia.

In its recently completed special session, the Virginia General Assembly has finally passed a proposed constitutional amendment dealing with this matter. The proposed amendment would have to be passed again in identical form next year and ratified by the voters in November 2022 to become part of the Virginia Constitution. The amendment would strike the old provision and provide that there is a fundamental right to vote in Virginia which can be abridged only for two reasons: a temporary suspension when incarcerated in prison after conviction of a felony or if adjudicated by a court to be mentally incompetent. The right to vote would be automatically restored upon release from prison without any action by either the voter or the Governor.

Over a decade ago, Stephen Spitz, a RASR advisory board member, introduced a resolution to the Fairfax County Democratic Committee (FCDC) calling for automatic restoration of voting rights upon release from prison. This resolution passed FCDC and then was passed unanimously by the Democratic Party of Virginia.

Among the new election laws, if signed by the Governor, passed by the General Assembly recently are a local option for Sunday early voting, authorization for drop boxes, modifications of absentee voting requirements, and prepaid postage for mail in voting.

The General Assembly also passed the Virginia Voting Rights Act, which will be implemented by the Attorney General. This important new Act provides that local jurisdictions cannot engage in changes to voting (like closing or relocating polling locations) without either preclearance by the Virginia Attorney General or sufficient notice to the public so that a lawsuit timely could be filed. 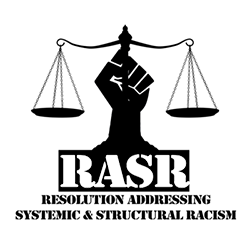 Get exclusive updates on our work and how you can help.